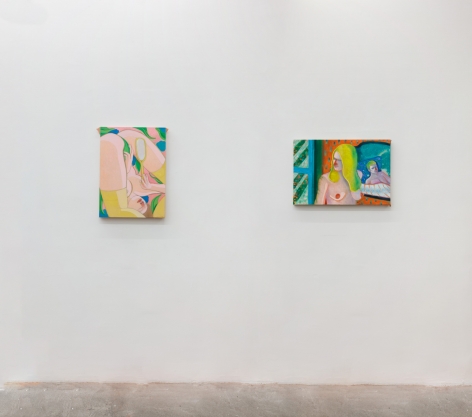 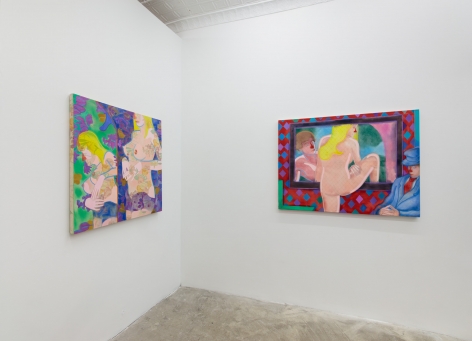 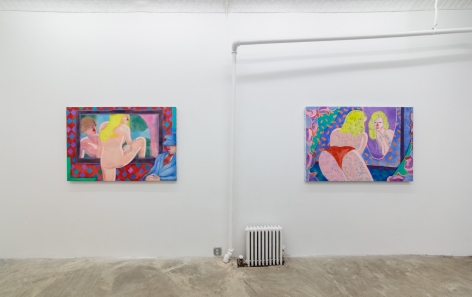 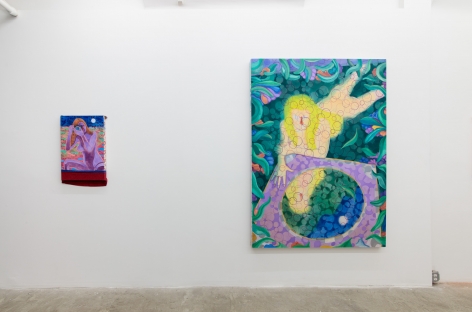 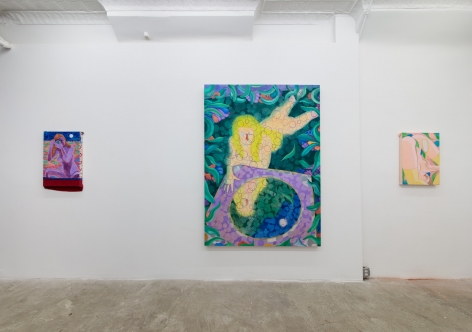 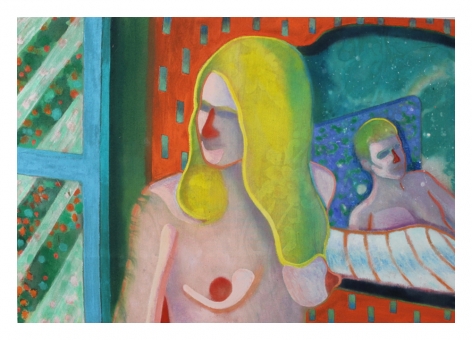 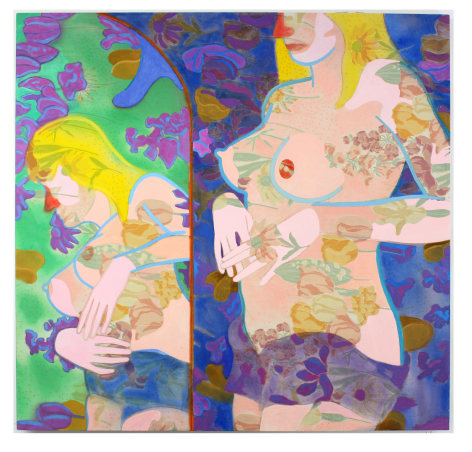 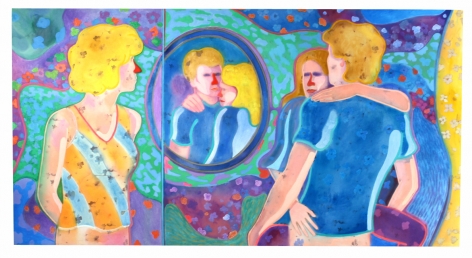 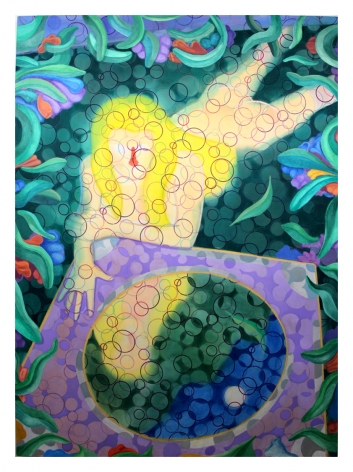 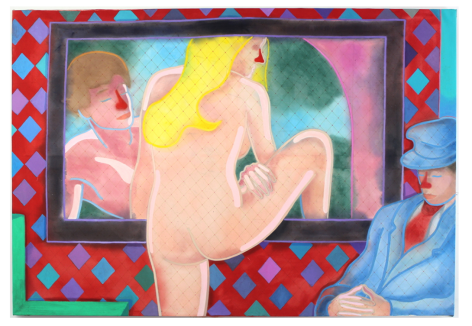 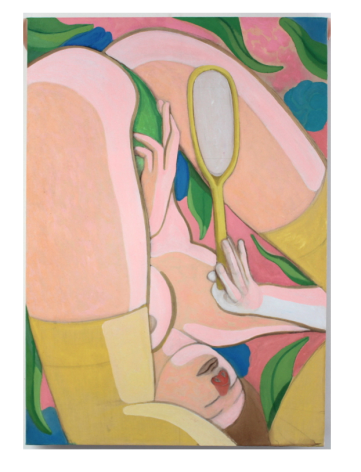 Having already explored various tropes in pornography, which has included role-play and horror, he turns his attention in this exhibition to the effects of the mirror, whose reflections and distortions prey as much on our voyeurism and scopofilia, as on the subjects in the paintings. Here, our gaze is co-mingled with that of the subject, further implicating us in the evaluation of her image. Maslansky seeks to understand the universal obsession with mirroring, nowadays often seen in the form of a 'selfie', and its resulting consumption by a wide, anonymous population.

In stripping away an image's pornographic context and altering it through his subjective slight of hand, Maslansky sublates the libidinal urges he has otherwise repressed into the depicted subject. It is through shame and desensitization to porn, which generally imagines on behalf of the viewer, that Maslansky arrives at a more complex relationship to another's sexuality and self-characterization, as well as to his own desires. This is further complicated by the existing patterns printed on the sheets, whose negative shapes and repetition not only guide the painting compositionally, but leads us back to the sheet's original purpose: functional home decor, on which dreams and nightmares, sexual or otherwise, come to pass.