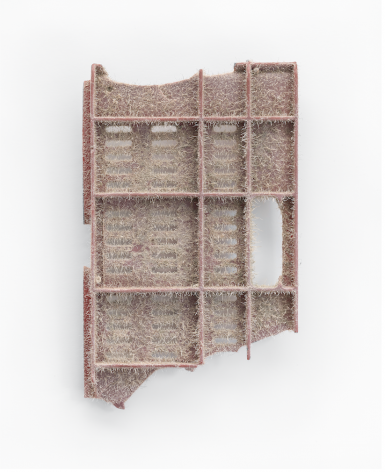 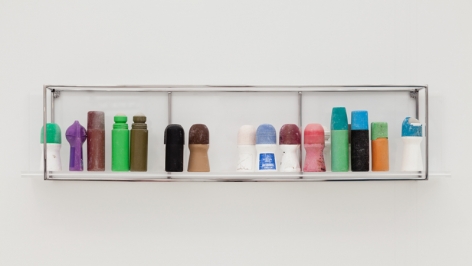 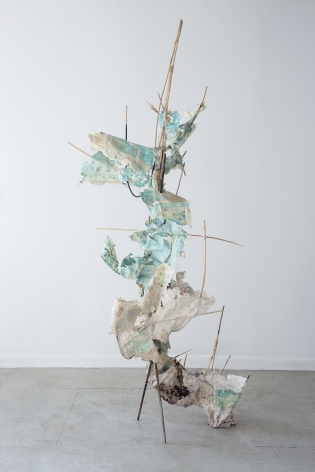 Closing reception with live video & sound performance by Adam Sipe and Jay Hines: September 20, 6-8PM
Please join us for the opening reception of Future Fossils, a group show that takes an environmental theme, exploring ideas of erosion, decay, adaptation in the face of climate change, and the afterlife of objects. These artists demonstrate an environmental consciousness, imagining a more symbiotic relationship between human and environment, in some cases expressing an aesthetic of contemporary ruins and relics rooted in natural processes of decomposition. The show also serves to establish a dialogue between emerging and established contemporary artists coming from various regions of the world, including the U.S., Finland, Canada, Japan, Wales, Mexico, and Turkey.

Tess Thackara is Associate Editor at Artsy and an independent writer, producer, and curator. She has written for BOMB Magazine, New York Magazine, Whitewall, The White Review, and Guernica, among other publications, and conceived and run educational art programs. She is the producer of the award-winning short documentary film One Plastic Beach about the artists Richard Lang and Judith Selby Lang, which will be screened in the exhibition space on Sunday September 13th.
Yulia Topchiy is an independent curator and founder of CoWorker Projects (CWP). CWP works with an extensive network of emerging and established artists and collaborates with galleries, non-profits, and independent curators on special projects and exhibitions. She also works for the Gallery Relations Team at Artsy.